“I will be able to live by dressing only with joggers“

This is something I often say and it couldn’t be more true.

I almost always took the clothes off their “functionality” first, after all the fashion is made to have fun isn’t it? I still remember the first time I put on a pair of high heels under my jogger pants. While it was “normal” to me, the surprised looks around were reminding me that I had “exceeded the limit limits” as Lydvina would say.

Nevertheless, I continued, hard to let go of his uniform so easily. A few years later, with the success of streetwear and the resumption of its codes, it became normal to see variations of clothes dedicated to sport, worn daily and associated with more traditional elements. But then how to appear dressed in jogging?

Impossible to appear dressed in jogging isn’t it? Yet everything is in the contrast. Nothing more simple yet, it’s all about associating it with elements coming from  universes:

the small delicate bag. The sandal with heels … all that will give a new dimension to your outfit.

I must admit that a lot comes from the fabrics. What is good when a garment becomes trend is that the range offer gets bigger. A jog in a satin fabric will be immediately more “dressed”. It will therefore be easier to combine classic accessories.

When you decide to dare a mix and match between elements from various worlds, you better not be shy and stop halfway:

classic heels,? The bullet-style waistcoat vest inspired by Virgil Abloh’s looks for Louis Vuitton’s men’s collection? Jewelry? Everything will be alright as long as you have fun.

For a start, I advise you to get started by mismatching the joggers

and focus on choosing them in the  less sporty materials you can found. 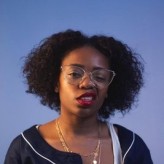