By speaking my last readings, I raised the fact that I recognize myself in the novels of Kiru Taye. I recognize the character ambiguous of the African women who lived abroad, women of the Diaspora or those who have this open-mindedness who do that their life is a mix between tradition and modernism. At the same time independent but also aware that they remain women in a company which does not give them the same place as the man yet.
We are not for a debate there. But to speak about series on which these subjects on the black woman are approached and at which I look at the moment.

The classification should have been random but I am going to begin with Squad. Because for the moment you will not find this great funny comedy (yes I assure you look at the trailer and discover more details) on the platforms which I am going to quote but the Club of Cotonettes already likes him. There will be of Afro hair, prickly retorts, humor, galleys and everyday life of 5 women of our generation, you will recognize yourselves certainly in one of her. It is as they say it so well an ode to the woman of the African Diaspora.

Before 30 that I shall not present anymore … yes? Needs one? OK Before 30 or the adventures of a girl approaching 30 years and not married (and of his friends in lives so tempestuous). It is necessary to specify that the girl is Nigerian and that her mother as all the aunties which I know already has the ready aso ebi and which she can more wait that his daughter veule good to get married. The situations are funny.
We like : we find ourselves easily in one of the characters. The married friend who lives a fairy tale but who is fast caught up by the reality of the marriage. The young innocent who looks for pure and healthy love of princesses’ stories. And our heroin which is willing to get married but which would want it to be with the voucher. And if possible with the voucher as she will like and who will like him.

Las Gidi is one of my favorite cities. Then a series on the adventures of a group of friends who live was made for me there! The season 2 is finished. I look forward to that 3 begins. Gidi Up it is dreams which break, loves which are born, friendly relations which deteriorate because each is occupied, they are the dangers of life in Lagos: rape, because jacking and especially: that’s life, the real, with its choices. With his Up and Down. With the difficulties in being young, in being a woman, not to want to conform or to go into a compartment … And also these times when we forget all the time of an evening: the magic of Lagos.
We like : the main characters are not that women of the blow we have a male vision of the Nigerian company and more particularly Lagos and its codes.

My other favorite series is on TV but I look at it on-line. It is not any more question of Africa there but the same subjects are treated (differently). The place of the black woman, the independence sometimes badly seen by the woman, the questionings on love and the professional career, Mary Jane Paul raises these subjects as presenter of a talk show on a news channel of information and finds herself in her private life in situations which make her think.
We like: every episode deals with a particular subject often of a social issue and the link remains the private life of MJ. (We also like the quotes).

I did not make a classification(ranking) but I end with my favorite series ( my favorite, favorite ) of moment. Skinny Girl In Transit. As Gidi Up or more recently Lagos Boys. SGIT is broadcas on NdaniTV the Youtube channel of GT Bank. I think that on this chain(channel) there is also my tv favourite shows (Real Talk, Analyzes This). You understand in the title that the main subject is the weight, it is not that that. Yes Tiwalade has beautiful curvatures while his(her) younger sister Shalewa has no it but if even if it is the subject which returns and which occupies a large part of the season 1, it is not the only one who will make for you laugh to pick up(take down) you the jaw of it. The good mood of the characters, the funny situations and the getups of the helallow to make messages pass on more serious themes as the infidelity, the infertility, the low knocks in the work…

5 of my favorite series. The list is longer in the truth but it are the ones that I look in the course of the on-line publishing. Not of Binge Watching, I hold no more than 10 days without these characters whom we eventually attach. 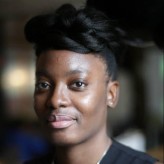